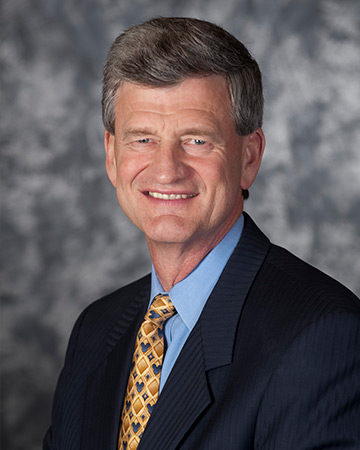 In his role as a Strategic Advisor to the telos institute, Al brings his collective wisdom, insight, and guidance to our team and clients alike and advises others to address the challenges and to leverage the opportunities facing their growing enterprise.

Al has had a 39-year career at Disney. His last position was President of Worldwide Operations for Disney’s $10 Billion+/95,000 employee Walt Disney Parks and Resorts business. He was responsible for the company’s theme parks and resorts including the Walt Disney World Resort, Disneyland Resort, and Disneyland Resort Paris, Disney Cruise Line, Disney Vacation Club, “Adventures by Disney”, and the line-of-business responsibility for Hong Kong Disneyland Resort and Tokyo Disney Resort.

Al began his career as a teenager in cash control and rose through the ranks to President, Worldwide Operations, for Walt Disney Parks and Resorts. He is a visionary and results-focused leader that has significantly grown top-line revenue and expanded margins in a thoughtful and strategic way, protecting the Disney brand, Cast, and overall guest experiences. During his tenure as President, he directed the largest resort expansion in Walt Disney World history, resulting in double-digit percentage revenue growth, seven consecutive years of record revenues and higher profits. He led the organization through one of the toughest recessions the world has faced, with significantly less downturn in overall business while positioning the organization for major growth. A compassionate leader, he grew and invested in the next generation of talent, thereby strengthening the company for the future.

Additionally, Al has also served as a former partner in Apollo Capital Management, a private equity firm where he was involved in company analyses to support potential acquisitions and management. Today, Al serves on many private boards in various industries. He has been designated as a distinguished alumnus by his alma mater, the University of Central Florida, and both UCF and the Rollins College Crummer Graduate School of Business have inducted Al into their Halls of Fame. He enjoys golfing, skiing and traveling as he splits his time between Orlando, Florida and Park City, Utah.