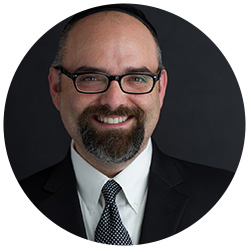 Dan Weiss is an accomplished management consultant, facilitator and coach with over a decade of experience leading executives and teams to maximize potential. He has collaborated with directors, VPs, and C-level leaders at global industrial technology manufacturers, national and regional nonprofits, and small- and mid-sized private businesses. His work helps them define paths to grow revenue, build strategic industry relationships, and develop effective processes, teams, and leaders to get the job done.

As a senior consultant at the telos institute, Dan designs and facilitates leadership development programs, and provides executive coaching for senior leaders at some of the largest companies and healthcare organizations in the world. His work at telos is driven by the belief that a company’s true potential can only be realized if strong, positive leadership is in place. He is dedicated to helping clients lead from their strengths, build scaffolding around weaknesses, and live with purpose. Dan’s conviction is that a client’s deepest dissatisfactions are signs of their greatest opportunity and that anyone who is ready to own every single outcome in his or her life is ready for a transformative growth experience.

Dan earned a B.S. in theatre from Northwestern University in 1995.  He had the honor of performing at the 1997 U.S. Comedy Arts Festival and created content for various outlets including MTV, Comedy Central, and independent production houses. Dan was a founding member of the west coast branch of Chicago’s famed ImprovOlympic theater, where he both taught and performed. From 2002 to 2005, he studied Jewish law and philosophy in Jerusalem, at both the Ohr Somayach and Aderes Eliyahu seminaries. Dan earned an MBA from The Weatherhead School of Management in 2007. Dan lives in Cleveland, Ohio, the Rock and Roll Capital of the Universe and home, he is led to believe, of superior grilled cheese sandwiches.